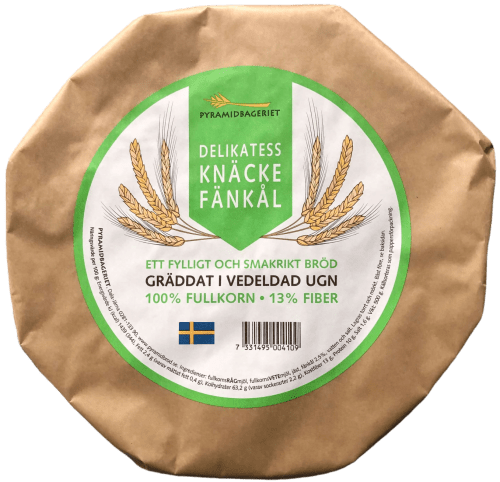 A full-bodied and tasty knäckebröd baked in a wood-fired oven gives the bread its characteristic taste. This crispbread is Pyramidbageriets most exclusive. The taste of fennel makes the bread suitable to give everyday life the little extra, as crackers or as an excellent accompaniment to dinner.

Delikatessknäcke is a new kind of knäckebröd from Pyramidbageriet. Emad Bayoumy's (Pyramid Bakery founder) created this bread, and the idea comes from his belief in spices' healing power. In the village where Emad grew up, people used herbs and spices in food since it is good for the body.

For many centuries, fennel has used as a medicinal herb for digestion and colds and coughs. Its given place as a taster has been around for a long time in Swedish culture. The fennel's medicinal properties have also documented in papyrus rolls found in hidden Egyptian burial chambers.

Sorry - this product is currently not avaiable for purchase.

To the web shop's start page »

Average rating 5/5 based on 7 reviews.