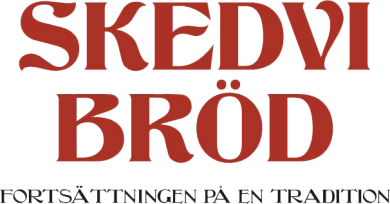 For many decades, in the heart of Skedvibygden in Dalarna, there has been a history of baking the most legendary crispbread. Skedvi  Bröd is the continuation of an old tradition. The crispbread is made by hand and baked in wood-fired ovens by bakers who together have several hundred years of experience in the craft. The baker’s ovens are fired hot with crispy softwood which gives the crisp bread its fantastic character. The fact that a crispbread is a bit more brown-baked does not mean that it is burnt and damaged; it’s just a crispbread with even a little more character. So in the old factory, now called Kulinariet, in Stora  Skedvi, new years are added to an already very long tradition of baking crispbread with artisanal methods.